No trail reroute available for Michigan-Wisconsin border crossing
The Michigan Department of Natural Resources has temporarily closed a section of Snowmobile Trail No. 2, as work continues to repair railings and decking on a bridge between Michigan and Wisconsin, west of Iron Mountain. 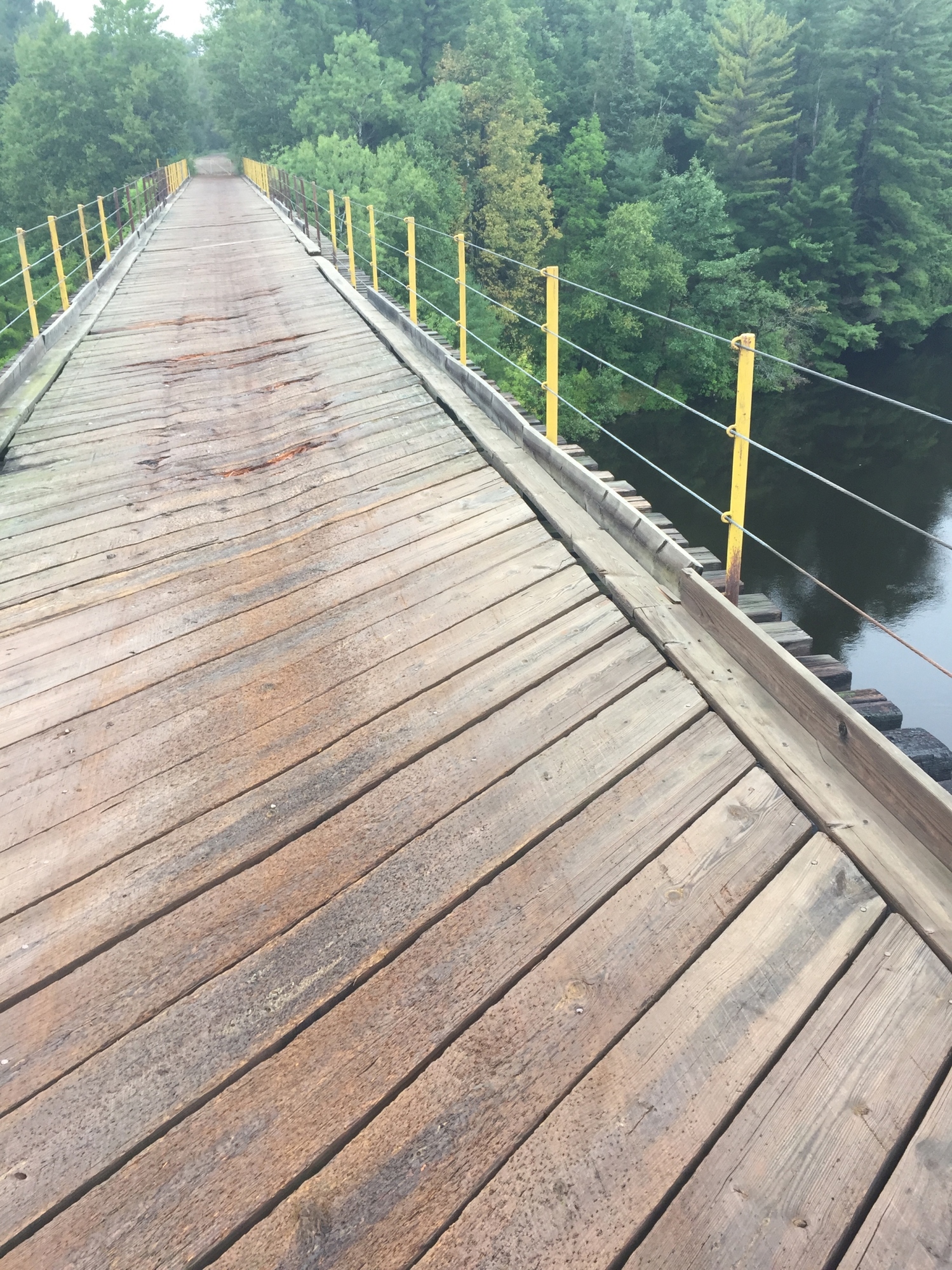 “A recent engineering analysis of the Menominee River Bridge determined the railings and decking to be unsafe for snowmobile travel,” said Jeff Kakuk, DNR western U.P. trails specialist. “The DNR has worked as quickly as possible to get the railings and decking upgraded, but construction will drag into the snowmobile season resulting in a temporary trail closure.”
The snowmobile trail is closed between Pine Mountain Road in Michigan and Romitti Drive in Wisconsin until the bridge railings can be repaired. This closure is expected to remain in effect into January 2017.
There is not a feasible trail reroute available.
The Menominee River Bridge is a 392-foot-long, steel box truss span bridge constructed in 1901. Snowmobile Trail No. 2 utilizes the former Chicago Northwestern Railroad grade which originally traveled from Hermansville, Michigan to Hurley, Wisconsin. The snowmobile trail parallels the highway, providing recreational access to communities along the way.
Work on this repair project will consist of modifications to the existing railing to meet current safety standards. K & M Industrial LLC. of Gladstone has been contracted to do the work.
The project is being financed through Recreation Improvement Fund and Recreational Trails Program funding. The DNR's parks and recreation division is partnering with the Florence County (Wisconsin) Forestry and Parks Department, which will be co-funding the bridge improvements.
For more information on this project, contact Jeff Kakuk, DNR western Upper Peninsula trails specialist, at 906-563-9247, ext. 109.
To learn more about Michigan trails visit www.michigan.gov/trails.
/Note to editors: An accompanying photo is available below for download. A suggested caption follows. Credit: Michigan Department of Natural Resources.
Bridge: A Snowmobile Trail No. 2 bridge over the Menominee River, at the Michigan-Wisconsin border in Dickinson County, will be closed into next month to make repairs to bridge decking and railings. No trail reroute is available./
Posted by Unknown at 1:27 PM No comments:

Join us for the 2016 Downtown Iron Mountain Christmas Walk! We will have Santa & Mrs. Claus along with other Christmas characters, a live nativity scene, warm drinks, caroling, family photo booth and more! December 8 from 5 - 8 pm!


Throughout Downtown local business will be decked out in the Christmas spirit. Festive store fronts, Christmas lights, & a whole lot of Holiday Spirit! Find great savings and unique gifts at our local retailers 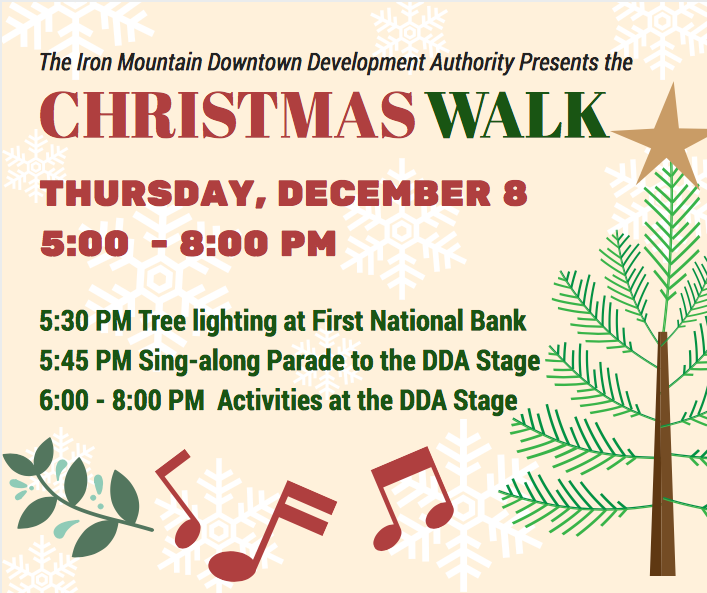 Visit us online at downtownironmountain.com to learn more.
Posted by Unknown at 9:26 AM No comments: